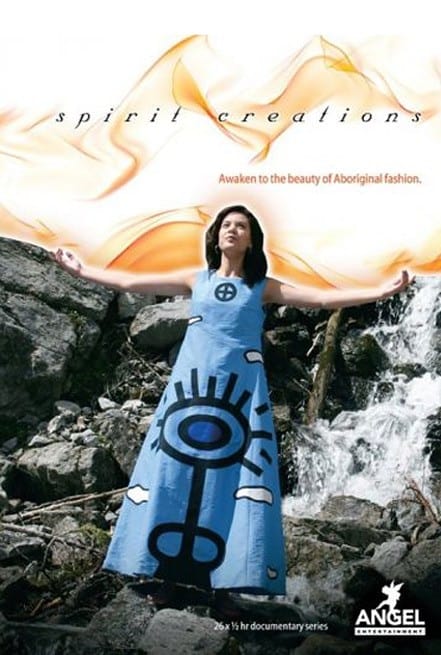 Spirit Creations is a thirteen-part, half-hour series featuring traditional and contemporary aboriginal clothing designers. The series showcases the diversity of these designers including a young boy who is designing his own sports line; traditional pow wow and regalia designers; the highly competitive world of contemporary designers with runway models; and designers who use recycling as an integral part of their fashion.

The show features men and women, young and old, traditional to futuristic and everything in between. Some produce for friends and family, some have small cottage industries, while others are involved in the highly competitive international fashion market.

Each half-hour features two to three designers and their story. Spirit Creations: Season II recognizes that the making of their clothing is more than the process of producing a commercial product. It’s a timeless art that has survived from the pre-European time to the present because their creations are more than fashion trends: their designs reflect their cultural values and spiritual beliefs, and preserve a way of life by incorporating traditional and contemporary methods and materials.

The Aboriginal people’s resourcefulness has helped their creations evolve to meet their needs in today’s society, without losing their rich heritage. Their designs often depict animal motifs, symbols of legends, geometric and floral patterns. These designs and the use of colour represents their unique cultures and spiritual beliefs.

It is an industry that has become well known in the competitive, global market but at the same time is struggling to survive; few aboriginal people are picking up the needle and thread, but the ones who do are making a name for themselves.